The Living by Anthony Clarvoe

The Living takes place in plague-stricken London of 1665.  First presented in 1991, its story feels like a response to the decimation by AIDS in the 1980s.  By using Viewpoints and Boal work to develop the space around the scenes, mixing period in the  mise-en-scene, and casting that read more East Village than Eastcheap, our production heightened the parallels and explored human vulnerability in the face of world-altering forces. 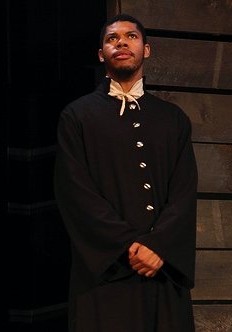