Playwright Michael Niederman and I developed this world premiere through readings and workshops, including the TRU Reading Series.  It was produced by Ignited States Production Company at the Workshop Theatre in Manhattan. 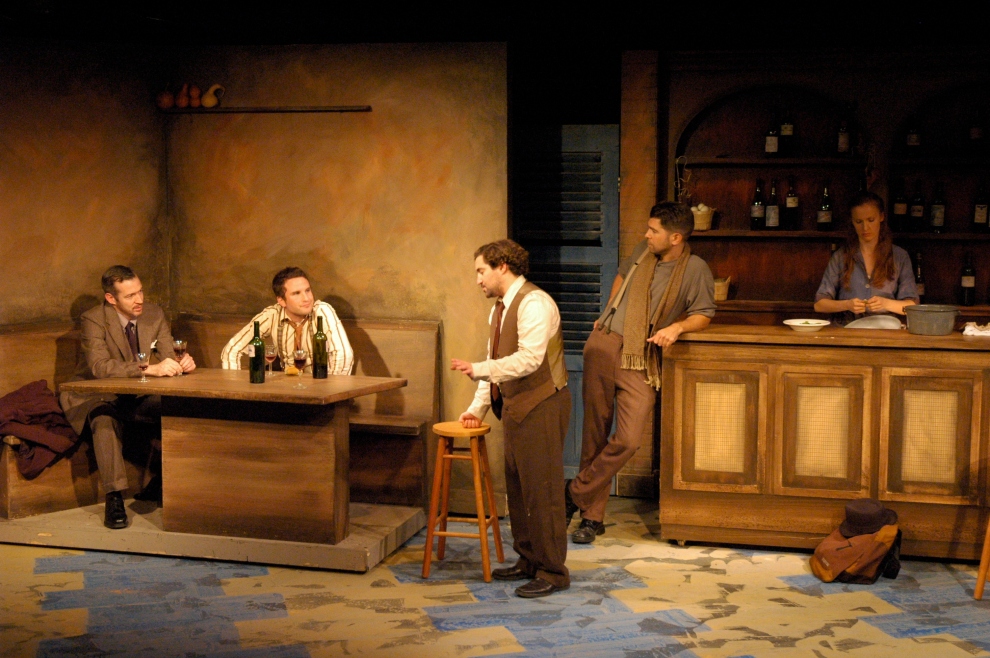 To Barcelona! was about three Jewish Communists trying to sneak across the border to fight in the Spanish Civil War and the WASP OSS officer trying to turn one of them into an informer. Described by the playwright as a play that uses political theory to evolve character the way a musical uses songs, the production’s challenge was to deliver complex language clearly and to find a dynamic physical life in verbose scenes.