As we just spent Remembrance Day isolated, I thought it would be nice to repost what I wrote about my first Remembrance Day. I’d moved to the Netherlands just four days earlier.

At 8pm on Remembrance Day, the Netherlands stops to observe two minutes of silence for the suffering people endured in World War II and the Holocaust. When I say the country stops, I am not speaking in metaphor. The trains are held in the station in advance of this time. All traffic stops. TV and radio stop. In a country of 17 million, a full 90% stand still and silent at 8pm on May 4. In Dam Square, the King lays a wreath on the National Monument. He is joined by so many people that the crowd not only fills the five-acre square but spills down all the streets connecting to it.

The first thing you notice are the noises. An unsilenced text alert. The calling of the gulls that circle the square. But a silence greater than the lack of sound soon smothers all other senses. After more than a decade of New York City, we’d thought Amsterdam was quiet. In these two minutes we learn what a silent Amsterdam actually is. Silence reverberates off the cobblestones. It rustles through the crowds. It echoes off the buildings, filling the spaces of the absent traffic murmur and whooshing trams. Finally, we hear something we last heard in an empty field between Peruvian mountains. In this city of seabirds, for the first time we hear the beating of their wings.

When the ceremony continues, we fall a little bit more in love with our new country. Veterans and survivors of that terrible time are presented to the king and lay a wreath in front of one of the eleven urns in the monument. They do not bow, nor curtsy, nor perform any of the deified rituals associated with royalty or presidency. They offer a polite nod of the head, which the king returns in equal measure. 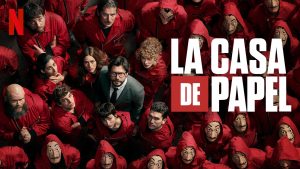 See all my news items and upcoming events.